Like relationships, specializations can be added in one of two ways. One method is to click the Specialization tool in the toolbox: 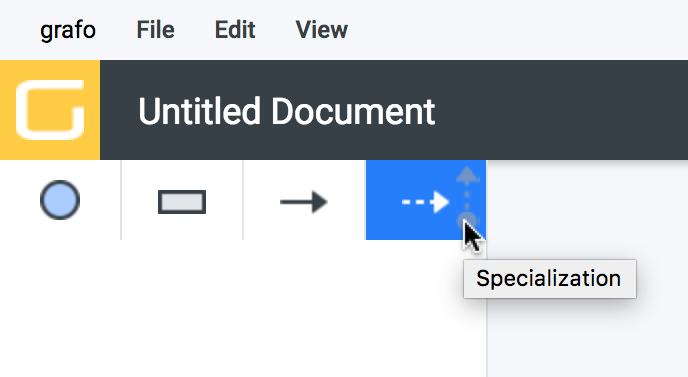 And then first mouse over to the child concept:

When you click and mouse away, you’ll see that the tail of the arrow has been attached to the child concept:

Now mouse over to the parent concept, and click to release:

Second Method for Adding a Specialization

The other method uses the context menu of an existing concept. This method will add the specialization as well as the concept that it is connecting to. If you select ‘Add Parent’: 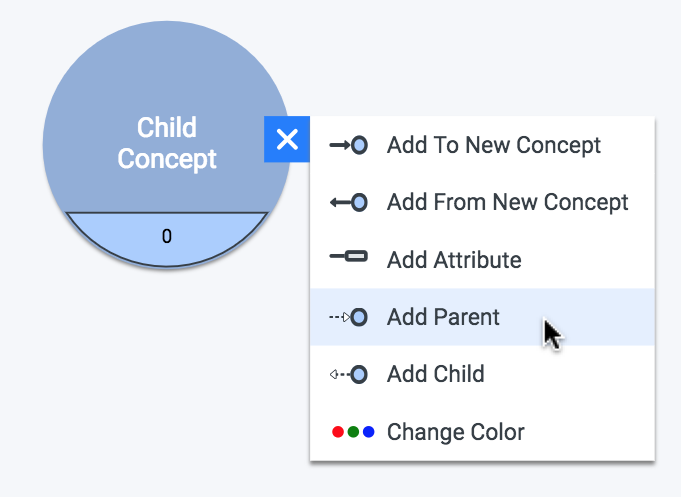 The arrow will be added pointing away from your original concept:

(This produces the same result as above where we used the Specialization tool from the toolbox– the arrow points away from the starting concept.)

If you instead select ‘Add Child’:

The arrow points _toward _the starting concept:

Again, both context menu methods create both a specialization relationship and a concept– the only difference is the direction of the arrow.

The specialization element is the simplest of them all. It cannot be customized in any way.

Specializations are exported as rdfs:subClassOf.