Adding a relationship to a diagram can also be accomplished in one of two ways. 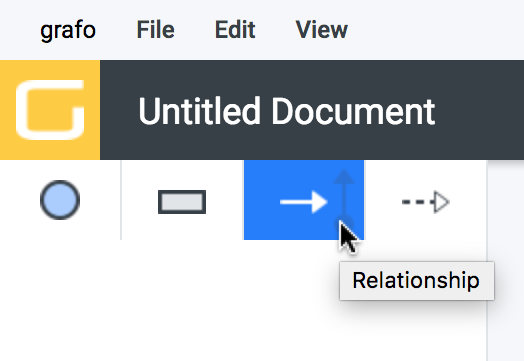 Now click on the second concept, and the relationship between the two will be added:

Second Method for Adding a Relationship 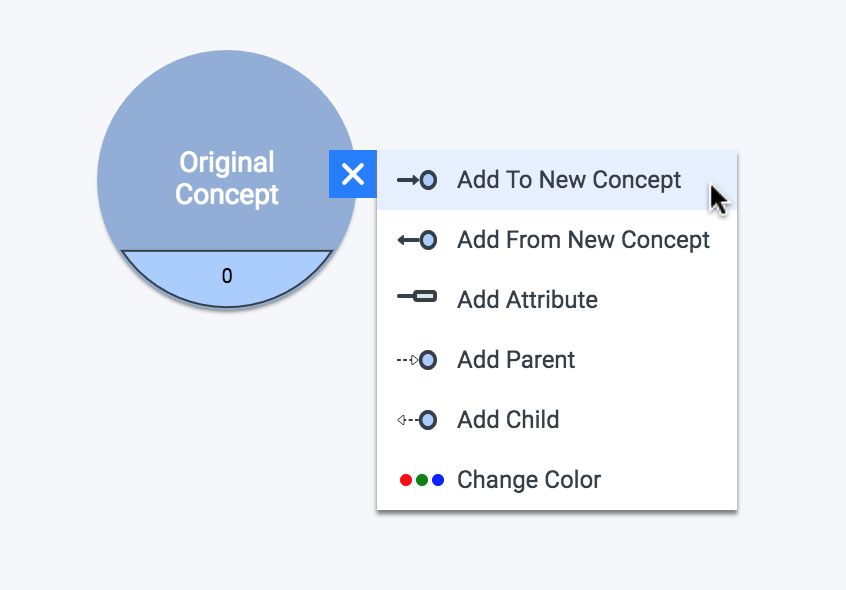 The relationship is added with the arrow pointing from the original concept to the new concept:

If you select ‘Add From New Concept’: 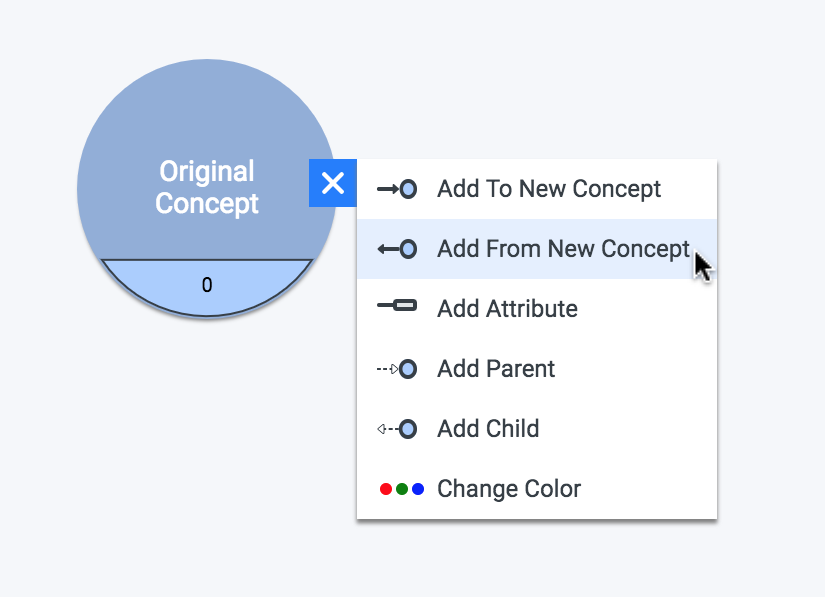 The relationship is added with the arrow pointing in the opposite direction: from the new concept to the original concept:

Both context menu methods create a relationship and a concept– the only difference is the direction of the arrow.

Let’s take a closer look at the Relationship element:

The default label for a relationship is ‘label’. It can be renamed in the same way as a concept– simply double click on the label and rename.

When a relationship is added or selected in the diagram, the detailed information for that relationship pops up in the left panel: 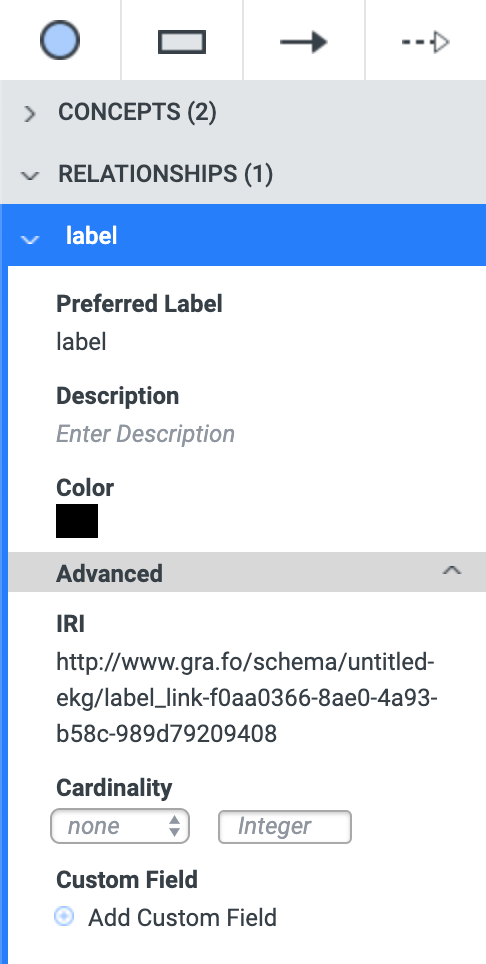 Also note: the number after the type of element, i.e., > CONCEPTS (2), or > RELATIONSHIPS (1) gives the number of elements that this element is attached to. Thus, for this example, we have a single relationship attached to two concepts.

Like attributes, relationships can also have cardinality. Suppose you had a Business concept connected to an Address concept through two relationships: ‘has address’ and ‘has shipping address’:

Suppose also that a Business can have multiple addresses for multiple locations (and has at least one location address)– but it can only have one shipping address for all shipments.

Cardinality for ‘has address’ would be ‘min 1’: 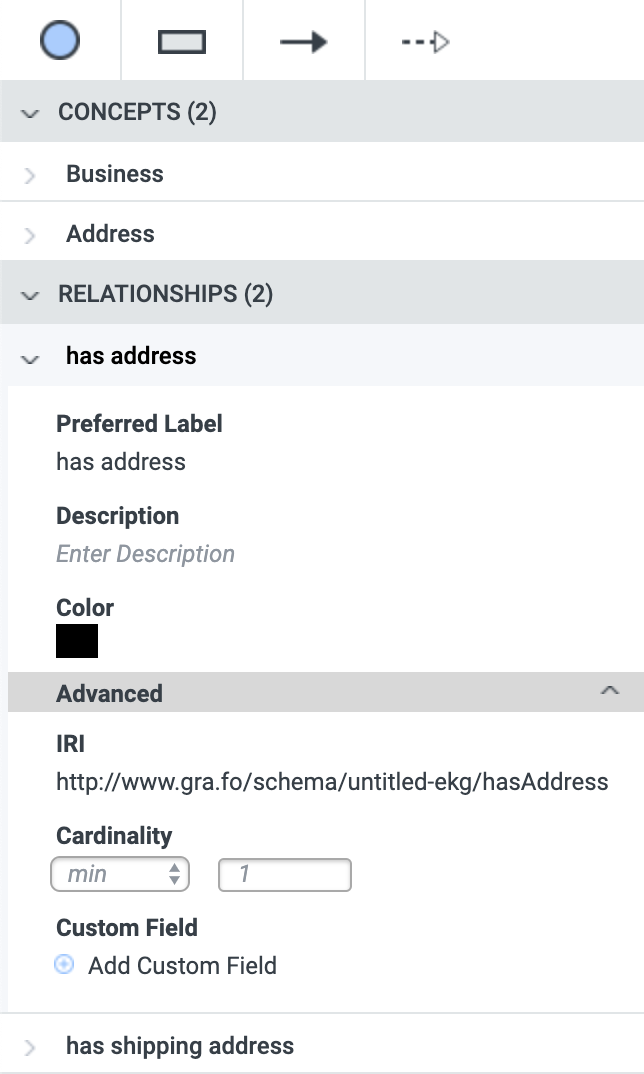 And for ‘has shipping address’ it would be ‘exact 1’: 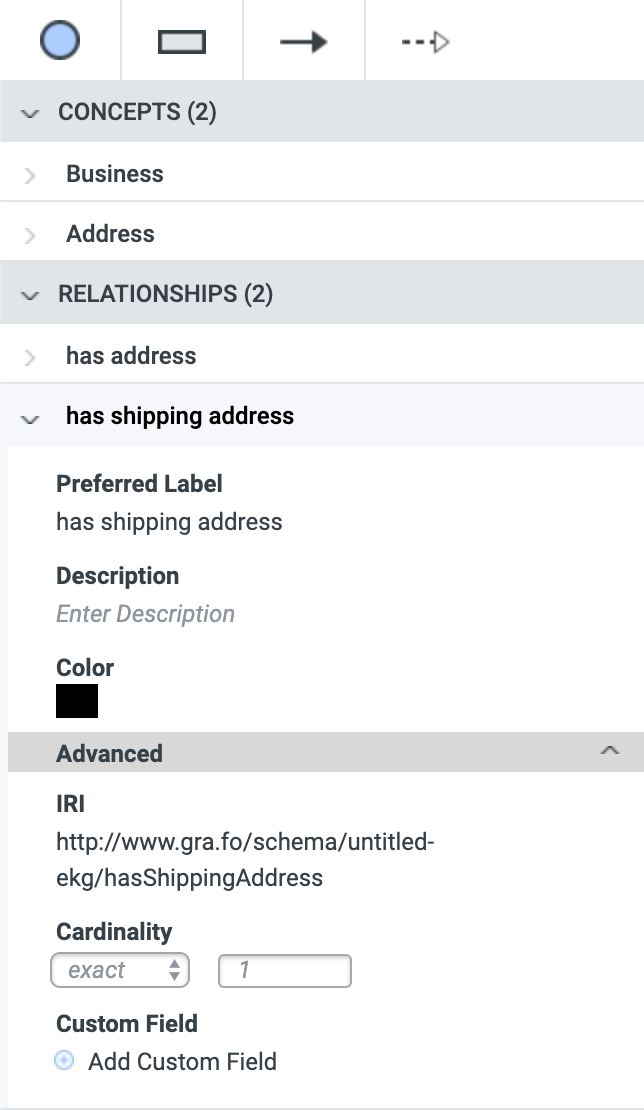 Relationship Cardinality is exported as an owl:Restriction on the appropriate Class: 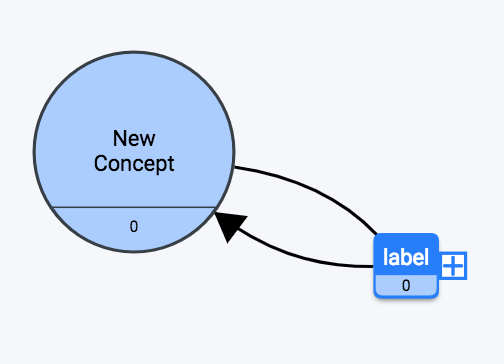